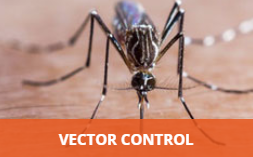 This course will help environmental health professionals in the interactive process of information exchange with the communities they serve. It will also help them understand how to identify solutions and respond to public concerns.

John Godec consults with and trains businesses and governments in difficult, high-stakes communication strategies, consensus building, crisis and conflict resolution, and public engagement and involvement. He is an International Association of Facilitators (IAF) Certified Professional Facilitator, a curriculum developer, past Vice-President and one of the original master trainers for the International Association for Public Participation (IAP2), current IAP2 USA board member, and a member of the U.S. Institute for Environmental Conflict Resolution. He also helped develop a risk and emergency communication protocol for the National Governors Association.

Mr. Godec has been interviewed by NBC, CBS, ABC, CNN, CNN Europe, the Canadian Broadcasting Corporation, the Wall Street Journal, the New York Times, the Los Angeles Times, the Washington Post, and dozens of other national, regional, and local print and broadcast media. He regularly speaks at events about public participation; sustainability, crisis, conflict, consensus, and issues management; and lectures at Arizona State University, Indiana University’s School of Public and Environmental Affairs, and at the Queensland University of Technology in Australia.

Mr. Godec is the former Director of Issues and Crisis Management for Motorola Corporation and the former Communications Director at the Arizona Department of Environmental Quality.