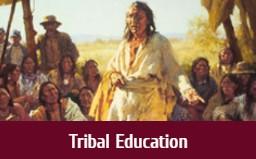 This course is a series of lessons aimed at providing you with the information needed to improve your ability to communicate more effectively with the American Indian/Alaska Native (AI/AN) community in which you work as a health provider, health planner, counselor or however you interact with the Native communities. We will provide a view of many aspects of American Indian and Alaska Native culture and hopefully remove any stereotypes you may have acquired over your lifetime.

Similar to the stages followed when weaving a blanket, a basket or a sash, each of the lessons will depict a different aspect of culture competence. Just as all of these actions are necessary for the weaving to be a success, the lessons in this cultural competency course are necessary to help you work effectively with American Indians and Alaska Natives. 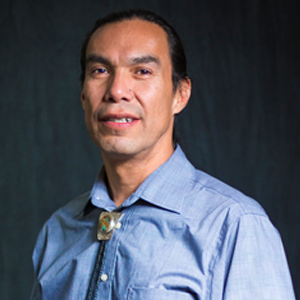 Chris Tall Bear has been with the Southern Plains Tribal Health Board (SPTHB) since October of 2011. His current position is the program director for the Good Health and Wellness in Indian Country, a CDC-funded grant.

He has held other positions throughout his time with the organization, including serving on the Board. Prior to employment with SPTHB, Chris was the project director for the Diabetes Wellness Program and deputy director of Health for the Cheyenne & Arapaho Tribes of Oklahoma. He has also volunteered and served as board chair for the Russell-Murray Hospice of El Reno for 10 years and served on the Board for the El Reno Community Clinic in Canadian County.

Chris is from rural western Oklahoma and was raised in a traditional Cheyenne upbringing. He continues to participate in various Cheyenne ceremonies and strongly believes in ceremonial and traditional ways. He credits the continued existence of many tribes and their survival in today’s modern world to traditional customs and practices. He encourages others to learn where they come from and to be proud of who they are. He has been married for 10 wonderful years to Donna Marie Tall Bear and they have their home in Norman, Oklahoma.

Cuyler Snider serves as deputy director for the Oklahoma Area Tribal Epidemiology Center (OKTEC), which is a division of the Southern Plains Tribal Health Board. He has been with OKTEC since he began his work here as a graduate research assistant in 2008. He is responsible for overseeing the operation of several state and federally funded cooperative agreements aimed at health promotion and disease prevention within Native American communities. In this role, he has been a part of grant writing and management, data collection and analysis, program and training coordination, and data linkage projects.

He also sits on a number of local, regional, and national working groups and committees.

Cuyler graduated in 2006 with a Bachelor of Science degree from Saint Gregory’s University in Shawnee, Oklahoma. In 2008, he earned a Master of Public Health in Epidemiology from The University of Oklahoma Health Sciences Center, College of Public Health. Since his graduation, Cuyler has been working towards improving the quality of health for Native American communities and minimizing the disparities in health access and outcomes. 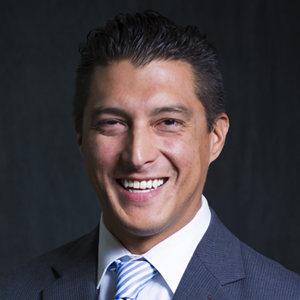 Nicholas Wahpepah was born in Shawnee, OK in 1980.

A member of the Kickapoo and Winnebago Tribes, Nicholas enjoyed singing, dancing and speaking at cultural presentations from a very young age. His mother and father were often asked to come and discuss Native American culture and heritage for audiences ranging from kindergarten students to Pope John Paul II.

Later in life, Nicholas was tapped to accompany a cultural exchange group to Europe and Russia. Over the course of 5 years, Nick had the honor and privilege of traveling to Russia, Poland, Finland, France, Italy, Sweden and Portugal to discuss Native American culture and heritage and provide demonstrations of song and dance.

Nicholas is a proud Sooner from the University of Oklahoma and works as the Human Resources Manager for the Southern Plains Tribal Health Board. In addition to his HR duties, Nicholas enjoys providing Cultural Competency Training regarding American Indian heritage and culture and learning about all aboriginal people of North and South America.