This course contains five modules which analyze current federal and state laws and their applications in environmental public health. Major federal laws and environmental regulatory agencies are covered. For state law, Alabama's code will be examined. Students for this class who are not practicing environmental health in Alabama should identify a person (or persons) in their own practice locations who can provide information on their state and local environmental laws. 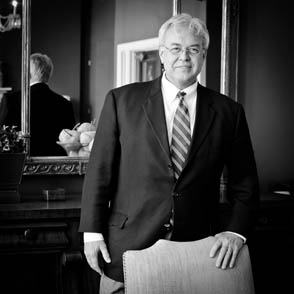 David S. Maxey is a partner with Spain & Gillon.  Mr. Maxey practices commercial bankruptcy law, both debtor and creditor, environmental law, health law, labor and employment law and governmental law.  Mr. Maxey has served as general counsel for the Jefferson County Board of Health since 1993 and was appointed deputy attorney general for the State of Alabama Plumbers and Gas Fitters Examining Board in 1995.

Mr. Maxey is admitted to practice in all state and federal courts in Alabama, the Eleventh Circuit Court of Appeals and the United States Supreme Court.  Mr. Maxey achieved an AV rating through Martindale-Hubbell.