Explosions can produce unique patterns of injury seldom seen outside combat. When they do occur, they have the potential to inflict multi-system, life-threatening injuries on many persons simultaneously. The injury patterns following such events are a product of the composition and amount of the materials involved, the surrounding environment, delivery method (if a bomb), the distance between the victim and the blast, and any intervening protective barriers or environmental hazards. Because explosions are relatively infrequent, blast-related injuries can present unique triage, diagnostic, and management challenges to providers of emergency care.

Few health professionals in the United States have experience with explosive-related injuries. Vietnam-era physicians are retiring, other armed conflicts have been short-lived, and until this past decade, the United States was largely spared of the scourge of mega-terrorist attacks. As the risk of terrorist attacks increases in the U.S., disaster response personnel must understand the unique pathophysiology of injuries associated with explosions and must be prepared to assess and treat the people injured by them. This online course introduces information relevant to the care of casualties from explosives and blast injuries. 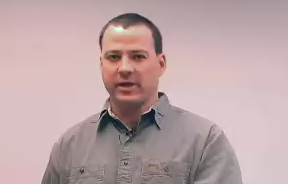 Dr. Brown is an Assistant Professor in the University of Alabama at Birmingham’s (UAB) Department of Emergency Medicine (DEM), Director of the DEM Office of Research, and an Associate Scientist in the Center for Emerging Infections and Emergency Preparedness (CEIEP).  Prior to joining UAB, Dr. Brown’s experience includes service as an active duty US Air Force Flight Surgeon with field deployment experience to Southwest Asia and Europe.  During this time he was instrumental in developing the medical response initiative for the annual Andrews Air Force Base Air Show and additional disaster response plans, including plans for natural and man-made disaster and mass-casualty incidents. For his service, Dr. Brown was nominated as the Outstanding Flight Surgeon of the Year and was awarded the Air Force Achievement Medal and the first Oak Leaf Cluster. After residency training and board certification in Emergency Medicine, Dr. Brown completed a research fellowship at UAB where he earned a MSPH in Clinical Research through the SOPH and a NIH funded Resuscitation Sciences fellowship through the UAB Resuscitation Outcomes Consortium (ROC). Dr. Brown has been the principal investigator on several resuscitation-related trials and is a funded investigator on the ROC. Additionally, through his work with the CEIEP he is active in teaching the face-to-face offering of this course, “Explosion and Blast Injury”, to healthcare professionals throughout the state of Alabama. Dr. Brown remains a central part of the UAB clinical and educational community through his involvement in resident and medical student education. He is active in the residency program through lectures and bedside teaching, as well as serving as an advisor to Emergency Medicine residents. Furthermore, he is the local pioneer of an undergraduate research course designed to expose prospective medical students to the world of clinical research. 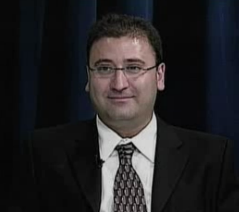 Born in 1975 and raised in Beirut, Lebanon, Dr. Kazzi graduated with honors from the American University of Beirut College of Arts and Sciences in 1995 and from the American University of Beirut Medical School in 1999. He trained in Emergency Medicine at Emory University in Atlanta (2000-03) where he served as a chief resident before completing a subspecialty fellowship in Medical Toxicology at Emory University and the Centers for Disease Control and Prevention (CDC) in Atlanta. Dr. Kazzi joined the Department of Emergency Medicine at the University of Alabama at Birmingham (UAB) in 2005 at the rank of Assistant Professor and currently serves as the Co-director for the UAB Center for Emerging Infections and Emergency Preparedness and Medical Toxicologist for the Regional Poison Control Center in Birmingham, UAB, and the Children’s Hospital of Alabama. He is board certified in both Emergency Medicine and Medical Toxicology.

As an emergency physician and toxicologist, Dr. Kazzi specializes in the recognition, triage, and management of poisonings and holds a deep interest in community environmental health and public health preparedness. Subsequently, he is currently a guest researcher in the radiation studies branch at the CDC and a state-wide educator on the face-to-face offering of this course, “Explosion and Blast Injury.” Over the past two years, he has collaborated with the Alabama Department of Public Health, the Center for Domestic Preparedness, and the CDC on multiple emergency preparedness projects. His contributions include an improvised new drug application for the treatment of Acute Radiation Syndrome, recommendations to policy makers regarding available radiopharmaceuticals, and educational activities such as webcasts, roundtable discussions, and didactics offered to healthcare workers and emergency responders in emergency preparedness. Other ongoing research includes surge capacity, pandemic influenza, and hospital preparedness regarding potential terrorist or Hazmat incidents.

During the past 4 years, Dr. Kazzi has been active in public health preparedness and will continue to do so by participating in community and hospital-based research, planning, and educational activities.